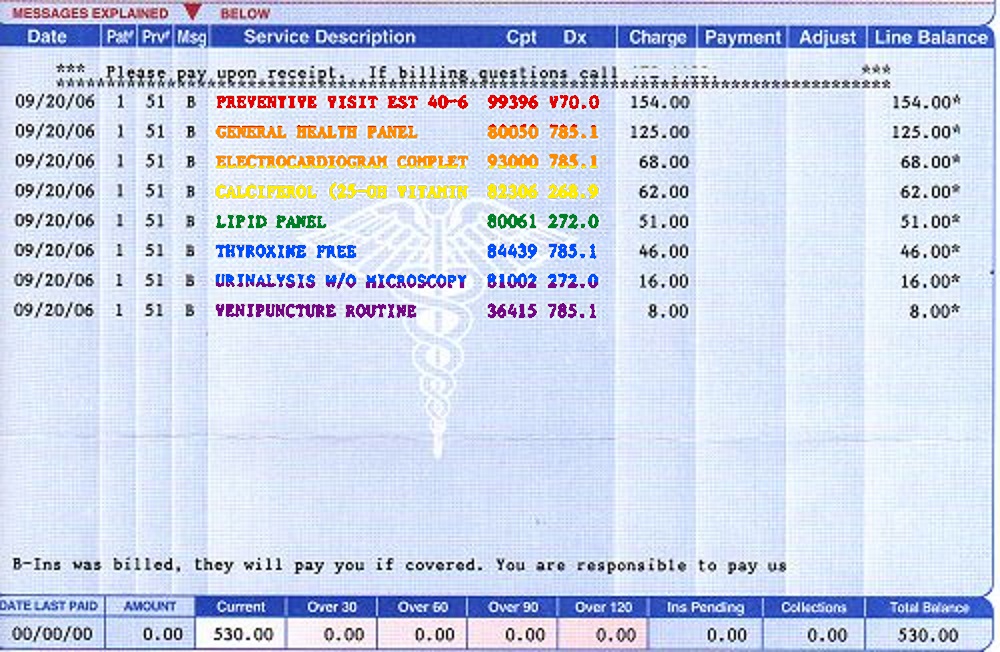 Being Queer is a Pre-Existing Condition

A Look at the State of Insurance for LGBT People

We’re still working on figuring out the neuroscience of being queer. The scientific community doesn’t know conclusively what makes a person attracted to the same sex, or what makes a person asexual, or why someone would feel out of place in their own body–but they’re working on it, and finding interesting results. Did you know that according to some studies, scans show that transgender folks’ brains are shaped and respond to stimuli more like their cis-identifying counterparts than the biological sex they were assigned at birth? Or some scientists theorize being gay, lesbian, bisexual, pansexual, asexual, or anywhere outside the standard heterosexual polar ends may have roots in epigenetic hormone release while in utero? It’s fascinating stuff, and I’m fairly certain that science will continue to find new and amazing facts in the field of queer neurology in the years to come.

Being queer may, in fact, be encoded into the very fabric of human DNA; we’ve found evidence supporting the existence of gender variance throughout history, dating back even to prehistory, as archaeologists recently encountered male-bodied skeletons given funerary rites reserved for women in ancient Copper Age burial sites. The practice of homosexual relationships was apparently even tolerated in early classical societies, like ancient Egypt. Even Viking cultures had a more begrudgingly tolerant relationship with gay sex than the majority of the West since the Middle Ages (in fairness, the Vikings were weird about gay sex; being a top was okay and even considered “manly” while bottoming was a role reserved for outcasts, slaves, and other lowly types). Honestly, it’s not until the ubiquity of the Abrahamic faiths throughout Europe and the Middle East did attitudes toward queer people take a decidedly more hostile turn. It’s a little hard to wrap your head around, but it can be argued public opinion toward LGBT people was worse in the modern era than it was at almost any other major epoch in human history, and that’s crazy, right? If you’re gay, you might have been better off in ancient Greece or the court of the Han Dynasty than in 1950s New York City.

All that to say the world has never had a documented time when queer people didn’t exist. However, you’d be hard pressed to find much evidence for their existence combing through the myriad forms of health insurance offered in this marvelous cosmopolitan age. Benefits and guaranteed family insurance inclusion wasn’t protected by law in the US until 2014, and until the Affordable Care Act in 2010 insurers were not obligated to provide coverage for medical care specifically tailored for gay or lesbian patients; even as recently as barely over a year ago, insurers have fought to deny coverage for treatments that are vital to personal and public health–Mutual of Omaha was sued by GLAD in 2015 for denying coverage for HIV Pre-Exposure Prophylaxis (or PrEP) to a patient who had acquired the virus. The medication would have reduced the patient’s viral load, significantly limiting the chances of passing the virus to other potential partners or healthcare workers, and now without coverage the risk is increased many-fold. It’s not difficult to demonstrate that the insurer’s corporate biases here (whatever their origination may be) are not only unfair and harmful, but will almost certainly in the aggregate result in a far greater need for healthcare coverage, which hurts their bottom line; insurers depend on large bases of healthy customers to offset the costs of their more acute clients, after all. Denying coverage to queer people doesn’t help to do anything but make life worse for an already-marginalized group while making all of us have to spend more money on our health. This kind of problem seems like an easy one to solve, but I’ll tell you the sad part: it definitely is.

On the low end, out-of-pocket costs for uninsured HIV patients can start as high as $14,000 a year, with $400,000 over a lifetime being a not-unreasonable amount of money spent in the task of prolonging one’s existence. With insurance, that cost drops to the level of your copay, which Gilead–the company that makes the leading treatment, Truvada–will cover up to $300 per prescription; if your copay is less than $300, you could wind up paying nothing. I have dyscalculia so my math isn’t real great, but I’m pretty sure $0.00 is an easier amount of money to spend than $400,000, and this figure doesn’t account at all for the tens or hundreds of thousands spent by immunocompromised patients on illnesses acquired due to their lowered immune system, like pneumonia and leukemia, which can be much more fatal for these populations. Patient A has full-coverage insurance and spends a few thousand dollars a year to stay healthy, while Patient B dies young of a preventable disease despite exhausting all their assets because their insurer was reluctant in dealing with the LGBT community for whatever reason.

It’s no picnic for transgender patients seeking to medically transition, either, despite the World Professional Association for Transgender Health (WPATH) guidelines being endorsed by the American Medical Association and many other professional medical and psychological organizations. According to the LGBTMAP Project, around 50% of all queer people live in states without any laws mandating coverage inclusion for LGBT patients; 60% of LGBT state employees live in states that don’t have any explicit protections for transgender coverage, and 16% of American LGBT citizens live in the sixteen states where provisions for trans patients are explicitly prohibited. Considering that transitioning, even with very good insurance, will still cost trans folks tens of thousands, it’s not too surprising to see the costs for uninsured patients estimated to be greater than $100,000, putting it out of reach for many. Those patients hopefully will have the money to cover the life-long therapy and antidepressants they will doubtlessly need to get through life knowing that a cure for their anguish exists but is financially inaccessible; the World Health Organization estimates that for every $1.40 spent on proper therapies for depression there is a $7.10 return on health and productivity–it seems like that would pay for a lot of gender transition treatments.

Decades of socially conservative ideology has pervaded the culture of our healthcare institutions and the insurance industry, insisting on a narrative that promotes patients’ “personal responsibility” and practices of “fair costs” in the face of a reality that shows an alarming disparity with this worldview. Really what is happening is something sadly not too uncommon: the people who control access and policy use political rhetoric to justify actions that further enshrine their financial well-being and place in the socio-political hierarchy, caring little for the people–like you and I–whose lives depend on the policies these companies enshrine. My own current insurer, Cigna, offers almost no specific protections for the medical needs of LGBT patients and their coverage for transgender patients is among America’s worst, but their CEO, David Cordani, makes $17 million a year–more than any other chief executive in the industry. Fair cost, indeed.

We spend untold billions on healthcare and lost productivity, not to mention the costs of mental anguish and alienation, when insurers are allowed to decide that some classes of people should get better coverage simply because of who they love or which body they were born into. When I see a company whose executives are making tens of millions in earnings while entire segments of their clients are being forced to choose whether they eat or save money for the care they need, when I see companies pay for medical treatment for fertility and sexual issues, when I see an insurer cover “men’s sexual health” with carte blanche criteria while writing an entire page of exclusions for its transgender clients without any justification, I don’t just see disparity. I see an entire industry given free reign to impose the values of its corporate leadership upon others who have little or no choice but to go along. I see a healthcare company that doesn’t actually care about providing adequate, cost-efficient healthcare. I see an entity that spends millions annually in political contributions but virtually nothing on care for the LGBT clients that have already paid for coverage. I see a corporate ideology that allows itself to promote “family planning” services while preventing IVF treatments to lesbians.

In truth, what I see is nothing less than a very large, very concerted hate crime.

201
Previous Civil Rights: Definitions and History
Next Understanding the 2016 Election, Part I: The Republican Primary