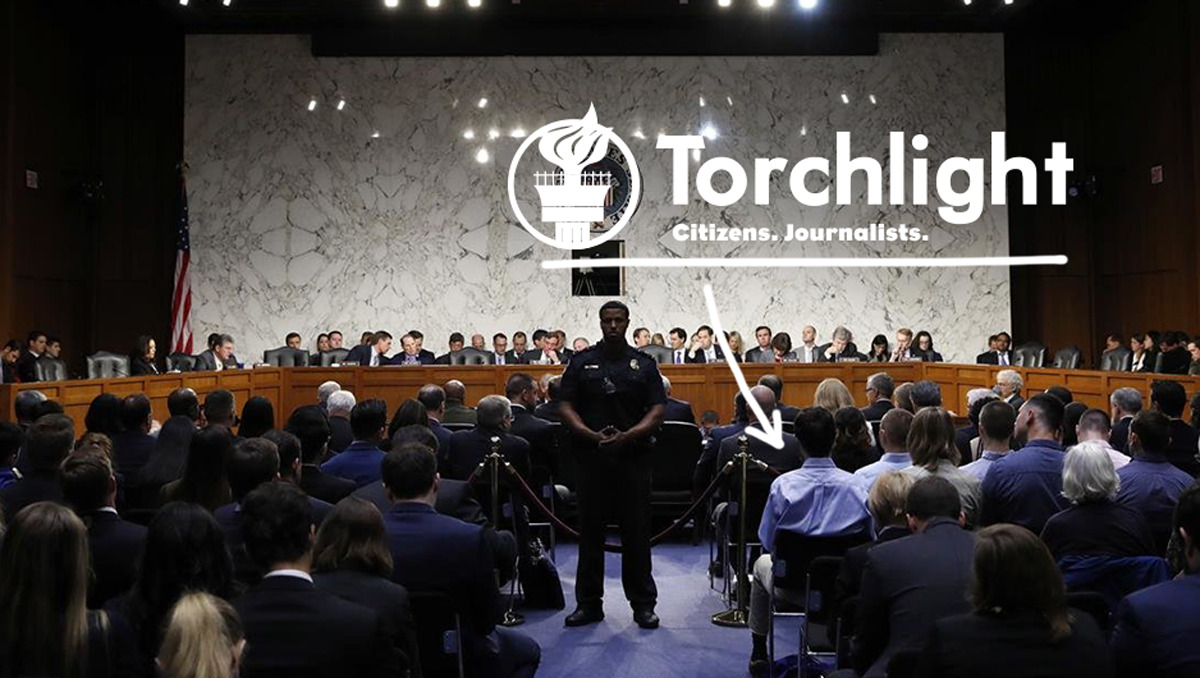 On Thursday, May 11, I attended the Senate Intelligence Committee hearing on worldwide threats. The most anticipated topic of discussion was Russia’s interference with the U.S. elections, and more specifically, Director of the FBI James Comey’s firing that happened barely 48 hours before.

I arrived at the Hart Senate Office Building about an hour before the hearing was scheduled to commence. I talked to the few people who were there, mostly other journalists, and there was some feeling of anticipation. While Comey was not going to attend, his replacement as acting director, formerly his deputy, was expected to make comments concerning the Russia investigation so far. Acting Director McCabe was definitely the focus of attention of the people there.

As time elapsed, we filed into the Senate Hearing room, room 216, in order to take our seats. The Associated Press got a very nice picture of the back of my head (I’m the one on the right, most toward the center). While the room filled gradually, Senators arrived with their staff, and the hearing began promptly at 10 o’clock.

The first order of business was a complete overview of basic foreign policy problems from around the globe by Mr. Coats. This lasted about 20 minutes, and then the questioning began. Questions were asked on many different topics to all witnesses, although as expected, the focus on Acting Director McCabe was pronounced, while others like Director Cardillo were only asked a few questions.

Throughout the questioning, the specter of Comey remained. Questions about his actions, his standing, his consideration among the Bureau were all asked. Assurances of notification of pressure, assurances of independence and so on. These were asked by both sides, and while the Senators were taking the matter quite seriously, the atmosphere around the room was easy.

Toward the end of the hearing, both the Chair of the Committee, Senator Burr of North Carolina, and the Ranking minority member, Senator Warner of Virginia had to go to a meeting. This would later prove to be a meeting with the deputy Attorney General Rosenstein, who wrote the memo with which the White House originally justified Comey’s dismissal. (Later, the White House said that the memo had nothing to do with the dismissal; the decision had been made beforehand). A section of Lester Holt’s interview with President Trump had also been released, and so questions were asked of the two senior committee members about that, specifically Trump calling Comey a “showboat” and a “Grandstander”. Neither were pleased by these remarks.

While there was more information given during the later closed door hearing, the open door hearing was a great source of information to the American public. It was honestly a little exhilarating to be able to sit in the same room and watch the process work its way through the system, even if nothing concrete was accomplished at this one hearing. If I have the opportunity again, I will definitely attempt to attend another hearing, especially if Comey receives the open hearing he has requested. Although that one may be a bit more crowded, and the air may be a bit more tense.