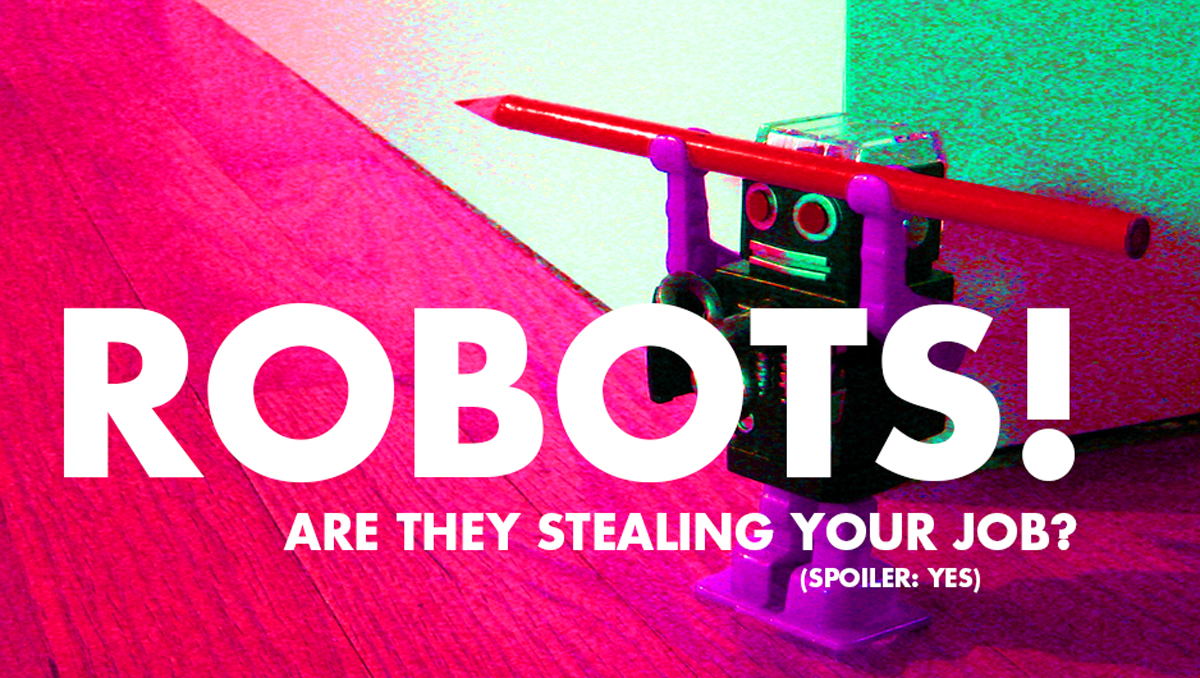 Automation: Yes, It Does Appear To Reduce Labor Demand

Growth in use of industrial robots could result in the loss of up to 4 million jobs and suppression of wage growth by up to 2.6% by 2025

The last several decades have not been a great time to be a worker in the United States. Wages have been stagnant for all but the most highly paid employees1, while the share of workers who are underemployed even at economic peaks has been creeping up2. A whole range of factors have been given part of the blame, including international trade, immigration, and the decline of unions, but one factor that has been very tricky to pin down is automation. Fears about the potential impact of automation on the supply of jobs dates back at least the Luddites of early 19th century England3, but it has been difficult for economists to find significant impacts in practice. “Automation” contains a multitude of technologies, ranging from the assembly line to  single-purpose manufacturing systems to office software to deep-learning systems, and how they interact with and/or displace human labor vary. In general these new technologies have been adopted at a slow enough pace that the labor force has been able to rebalance across industries through attrition and training.

The last few years have seen a number of studies suggesting this will change in the near future; international auditing firm PwC estimates 38% of US jobs are under threat from automation by 20304. The new NBER5 working paper “Robots and Jobs: Evidence from U.S. Labor Markets” by Daron Acemoglu and Pascual Restrepo (http://www.nber.org/papers/w23285)6 turns these general concerns into solid estimates of how much of an impact this may have on employment and wages over the next decade.

Acemoglu and Restrepo (A & R going forward) focused their analysis on one particularly significant form of automation, industrial robots, defined in their data as “an automatically controlled, reprogrammable, and multipurpose [machine]”7, a fairly accurate description of the technologies most people think about in connection with technological unemployment. The dataset covers 1990 (approximately the inception of the industrial robotics industry) through 2007 (just before the global financial crash), and captures nearly the entire impact of this technology since it was introduced.

A & R made ingenious use of data from the International Federation of Robotics8 on the prevalence of robots across numerous industries in eight European nations and the United States. They estimated how extensively each industry had adopted industrial robots, then applied that to the mix of industries in each local labor market in the US to estimate how much “exposure” each market had to robots. This allowed them to isolate the technological changes in industries as a whole from events in the local markets which could have affected both robot adoption and the labor picture (e.g., a nasty strike at a home appliance manufacturer in Hoboken might have both driven up wages and accelerated the adoption of robots in that particular market)9

A & R were able to measure a very strong relationship between the extent to which labor markets were exposed to industrial robots and the impact on workers. They found that on the national level each industrial robot added to the economy reduced aggregate employment by 5.6 workers, and that for every increase of one robot per 1000 workers wages dropped by 0.5%10.  They also found that same increase of one robot per 1000 workers expanded GDP by 0.13%, which implicitly flowed to corporate shareholders. These effects held up under a variety of tests, including using alternative datasets, controlling for the impact on each labor market of Chinese imports, Mexican imports, and prominence of the auto industry (the most intensive user of industrial robots in the dataset), and using different mathematical specifications for the analysis.

A & R end their paper with some estimates of the total impact of industrial robots on labor demand over the period they analyzed. Due to the comparatively limited number of robots deployed to date, they only put the net job losses since 1990 between 360,000 and 670,000, but estimated growth in use of industrial robots could result in the loss of anywhere from 1 to 4 million jobs by 2025, and suppression of wage growth by 0.75% to 2.6% during that period11.  While there has been much debate recently as to whether trade or automation has been a more significant factor in declining US industrial employment over the last several decades, these estimates strongly suggest that automation is going to grow rapidly in relative importance in a comparatively short time.

542
Previous Live Report: The Comey Hearing
Next The Order of Regression