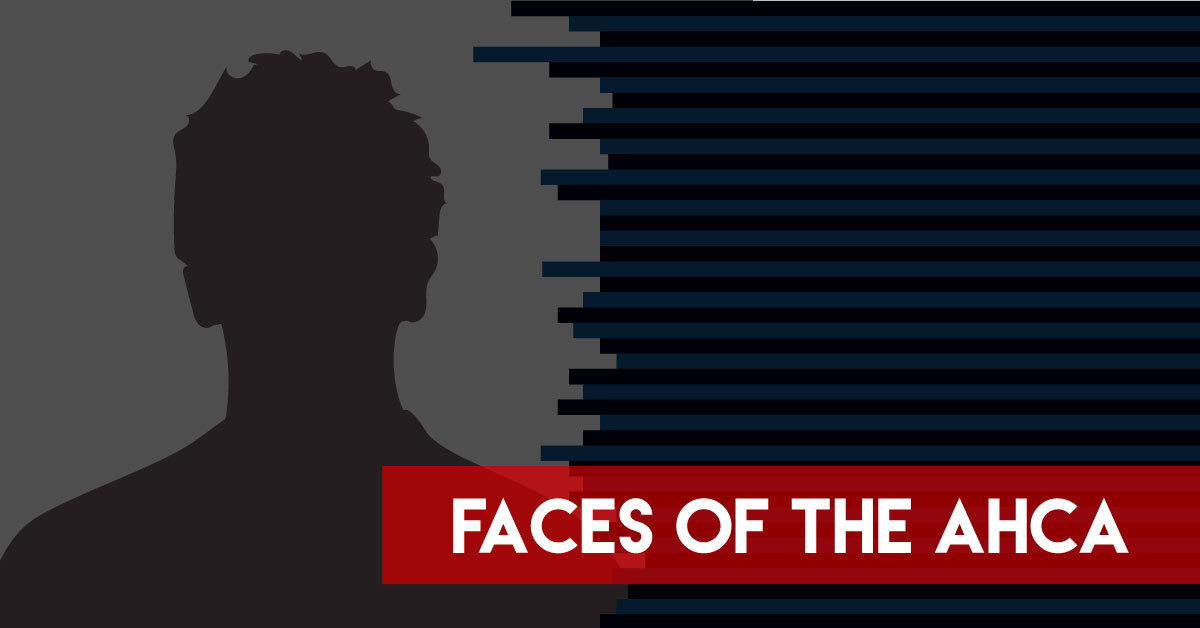 AHCA Stories: It Could Be You

Torchlight continues to speak with individuals whose life would be deeply impacted if GOP proposals for changing the Affordable Care Act become law. The following transcript has been lightly edited for clarity.

What’s your name, where are you from, what do you do? Tell us about yourself and your family.

My name is Tony, I’m from New York, and I work with my family running a restaurant supply business. I’m 32 years old, I have an older sister, and my parents are both alive and feisty.

What can you tell us about your experiences with the medical system and health insurance before the Affordable Care Act?

Before the ACA, my experience with the medical system was, I think, fairly typical of a relatively healthy young person. I had assorted run ins where I tore ligaments, and had to fight with the insurance company to pay for MRIs and rehab, but mostly, I was able to ignore it. I was either on my parents’ health insurance, or very quickly on my own insurance, as part of my job. However, I’ve dated numerous folk who have had non-job provided insurance, and before the ACA, this was generally “hope you don’t get sick” insurance. I think like most healthy young adults from affluent areas, I honestly just didn’t really think all that much about the specifics of health care. Mostly complained about co-pays and referrals.

What did you think of the ACA when it was first being debated and passed?

When the ACA was being debated, I felt like it was a good first step. My mom had been diagnosed with breast cancer when I was in middle school, so I knew about pre-existing conditions, and how insurance companies would try to drop you if and when they could. But just in general, I felt like health care in the US was broken, and the ACA represented step 1. I never really felt like the ACA was perfect, even before things like the public option or waivers for medicaid got put in, but in my mind, almost anything would have represented a net improvement over the status quo.

I felt like when you weren’t talking about the ACA, or tying things to a political party, almost everyone agreed that healthcare was completely effed. But suddenly, when you tried to talk about actually fixing the problem, all these crazy arguments broke out. I’m definitely further to the left of the ACA, but in a political climate like we have right now, I didn’t then, and don’t now, know how you make real changes to such a complicated problem.

How did things change for you regarding health care access and affordability after the ACA?

At some point those aspects became critical, right?

So, fun fact, the median age of diagnosis for leukemia, the type of cancer I got, is 67. It’s not genetic, so I had no way of screening. It’s not environmental, either, so it’s not due to something I did or ate, or how / where I lived. It’s legitimately the most random thing. I was training for a triathlon, was getting light headed, and when I got checked out a month before my race, they told me it was cancer.

So the ACA’s provisions immediately became important for me, because my bills were very quickly insane. I don’t think people understand quite how much cancer can cost, particularly the type of cancer I got (bone cancer generally, leukemia specifically). When most people think of cancer, they think of tumor cancers, and I think most people think that means a few sessions of chemo and an operation to remove the tumor.

If only it were that simple in reality. Bone cancers require a lot of treatment. After being diagnosed on a Friday, I was admitted to Cornell hospital in NYC on Monday. I then spent 28 days straight in the hospital. The bill for that was several hundred thousand dollars, just in hospital charges. The pharmaceutical bill was ~$68,000. All in 28 days. I was diagnosed Friday, and by Thursday, when chemo started, I had already hit my maximum yearly out of pocket for my insurance (~$8,000). After my initial discharge, I was free for about 2 weeks. Little did I know, I had just entered a new billing cycle for my insurance, and literally day 1 of the new year (~31 days after initial diagnosis) I hit my maximum out of pocket again. So, in summary, 32 days after diagnosis, I was at $16,000 out of pocket, and the total bill from the hospital was around $330,000.

I can go into more detail about what these costs related to, or about my treatment in specific, but the timeline: Diagnosed July 1st, 2012. From July through December, a total of about 128 days were spent admitted in a hospital. Stem cell transplant November 7th, 2012, at Memorial Sloan. Released from the hospital December 18th. Total billing from the hospitals at this point: roughly $1.8M. Overall, I was in heavy treatment for roughly 18 months. To date, total billing is about $2.25 million. Total out of pocket expenses around $24,000 solely in insurance payments. Probably a couple thousand or so in incidental stuff (random prescriptions not covered, Oxford trying to get away with not covering anesthesiologists that were incidental to procedures I had done, Oxford trying to charge extra for doctors that covered me on rounds that weren’t part of their plan, the usual sort of bullshit insurance companies try to get away with).

Additionally, the ACA made it so that during my recovery, I wasn’t worried as much about losing my job. I knew that I could get insurance from the marketplace, and if my parents needed to drop me from the payroll, they could have. I was only marginally capable of working (even disregarding the fact that 70% of the time I was in the hospital, and of the remaining 30%, I spent the majority extremely immunosuppressed and couldn’t be around people). It also made me comfortable knowing that if/after I recovered, I would be able to move states, change jobs, change insurance plans, and not pay any penalty simply for being diagnosed with leukemia.

How will Republican proposals in Congress to change the ACA impact you if they pass?

Tony:  The real truth of this is that I don’t know, specifically, how it will impact me. Most of that is because the bill keeps changing forms, and all of them are bad for me personally. Just some of the things that could impact me:

Lifetime limits: I can’t imagine a provision that allows an insurance company to put lifetime limits on a person that wouldn’t include me in those limits. If they get implemented, I almost assuredly will no longer have insurance. Due to some of my treatments, I have increased risk of: early onset glaucoma, mild to moderate skin cancers, mild to moderate neurological issues, heart and liver complications, and a mildly increased risk of leukemia diagnosis overall the average person (did you know that treatment for leukemia can also cause leukemia? Because it can…). That means that long term, I absolutely need to stay on insurance because I’m at risk of several expensive complicated issues. I don’t have the option of rolling the dice for a few decades.

Putting maximum dollar amounts means that basically anyone diagnosed with what I got is either dead or bankrupt. Emergency services are only required by law to treat your symptoms, not any underlying causes, so if you show up in the ER because of leukemia-related things, you will get a blood/platelet transfusion, some antivirals and/or anti-bacterials, and maybe some pain killers if you’re lucky. Not having health insurance is a death sentence if you have leukemia.

I just want to reiterate something: my total insurance billing, to date, has been just over $2 million. However, I want to stress that my treatment and recovery was basically a *string* of best case scenarios. In terms of setbacks and complications and other issues, I’ve been on the low end of all of those projections. For example, my stem cell transplant has a range of potential side effects from mild skin issues (what I have) all the way to “your immune system attacks everything in your body at all times”. My bill *very easily* could have been much, much higher. ~128 days in the hospital was *almost* the bare minimum I could have gotten away with. If I had gone with chemo-only instead of the stem cell transplant, that might have been 200+ days in a hospital, and my bill might have been more than 3 or 4 million dollars.

If at any point, my insurance company had been allowed to say “That’s all for the year / life”, essentially the next day, I would have no longer been able to afford care. So, death.  Isn’t that the whole point of having insurance? For stuff like that? And yet I could be punitively punished and prevented from having health insurance in later years when I will *definitely* need it. Definitely meaning, even more than a normal person would as they age.

High Risk Pools: Again, I can’t imagine an implementation of this that *doesn’t* group me into high risk pools. That means that my insurance costs will sky rocket. Keep in mind that I have literally never not had health insurance, and yet, could absolutely be grouped in high risk pools and pay exorbitant premiums and out of pocket costs.

Converting to an HSA: If I put away $1,000 a month into an HSA, I’d only need to save for around 187 years to be able to afford the services I’ve already received. Even using the discounted amount that my insurance actually paid out would require about 133 years. So yeah, let me travel back in time to 1825 and start saving up. BRB.

Allowing insurance companies to use out of state insurance plans: This is a complicated one. To be honest, I’m not sure that I understand the implications with allowing insurance companies to comply with different state requirements as long as at least one offered plan complies with the actual state’s rules. I honestly can’t say. To me, it sounds like it would allow insurance companies in NY to offer plans that don’t discriminate against pre-existing conditions (required by the state), but those plans could cost $Texas. And then the plans that are “affordable” are allowed to discriminate against pre-existing conditions because they comply with some other lax state’s laws.

I honestly can’t say which of these frightens me the most. They’re all horrifying, basically. 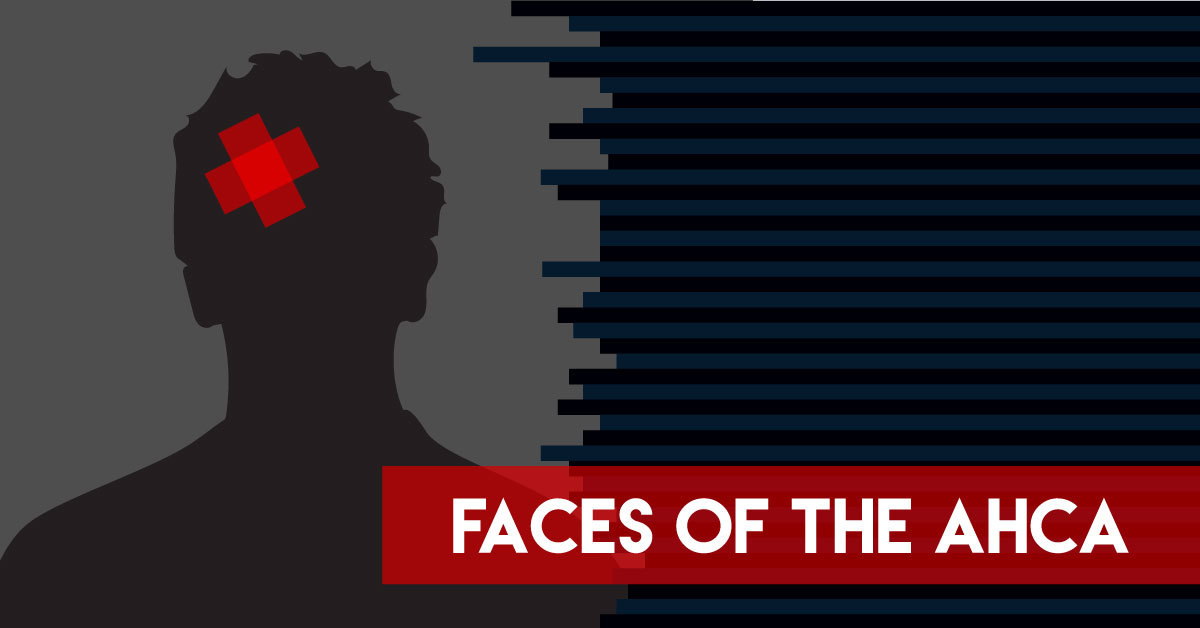 AHCA Stories: The Cost of Meds is the Cost of Living